A wee while ago, I released the Roinn Cowl & Hat patterns. The motif used in these patterns came about while trying, and failing, to translate a particular something into knitted form.

Well, after quite a bit of tinkering, I've managed to turn those cast aside designs into the Bulla Cowl. This tube cowl features stranded colourwork motifs inspired by an artefact from the National Museum of Ireland: a bulla, found in the Bog of Allen, in Ireland's midlands. 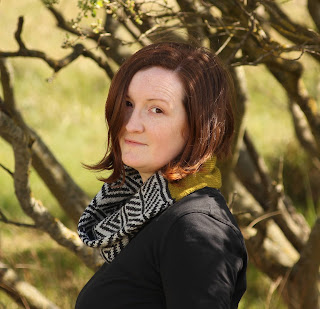 Dated to the Late Bronze Age, Bullae are fairly rare objects here in Ireland. Made of clay or base metal, and decorated with gold foil, our best guess is that they were worn as pendants (there are wee openings along the top of the bullae, that would allow the bullae to be threaded onto a cord.) The bulla from the Bog of Allen is the largest example on display in the NMI, at 6.4 cm tall, and features the delicately applied hatched triangles and parallel lines that inspired the cowl’s motif. 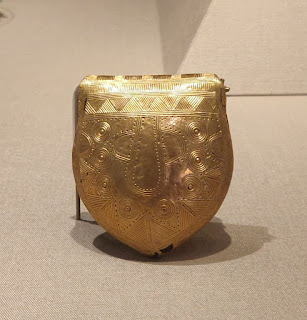 Worked in the round, this pattern begins with a provisional cast on, and is knit as a tube. The tube is twisted, before grafting together the ends. The Bulla Cowl sample begins with plain stocking stitch in a contrast colour, before working stripes and stranded colourwork motifs in monochrome colours. The pattern uses charted instructions for the colourwork motifs, and includes links to video tutorials on provisional cast on and grafting techniques. 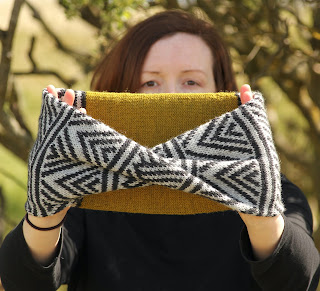 The sample is knit using BC Garn's Semilla GOTs, a beautiful yarn wool yarn that has a wonderful range of subtly complex colour blends, that work so well together. This is yet another yarn that I would love to use again.

The photos were taken on Bull Island, during a sunny family day out. I've a vague recollection of trying to convince the big kid to angle my reflector, while also trying to listen to the spouse, behind the camera, tell me when I was making particularly squinty faces. The little bit of word play was accidental, but sure why not have a giggle about it?! The location also coordinated nicely with my sample... 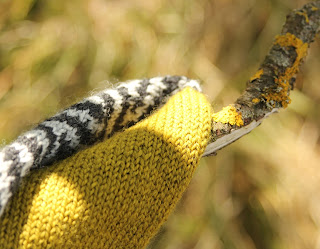